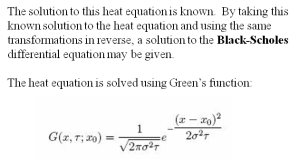 There’s an established tradition in the social sciences of borrowing ready-made concepts or equations from physics and other sciences. The most famous is the use of a heat equation in the Black-Scholes option pricing model.

There’s a growing movement in talent management that favors career “lattices” over career ladders. The terminology always reminds me of the lattice structure of crystals that I encountered in a solid state physics course in college. Since talent management and reward go hand in hand, I thought it was time to introduce solid state compensation to the world.

The notion of career paths within an organization is well known. It is often offered up as part of the employee value proposition and typically implemented through the career development dimension of the performance management system. The idea is to make explicit the jobs and roles one might take through a career in an organization. Employees can have more confidence their long-term prospects if there are more career paths that lead to senior leadership positions with the organization.

However, career paths have mostly been viewed as linear, monotonic and deterministic. Hence the synonymous usage of the term “career ladder.”  The analogy captures the characteristics of career paths perfectly. A ladder is linear – one step leads to the next in equal, unchanging increments; it is monotonic – you keep going up or you keep going down (think “snakes and ladders”); and it is predictable – you see every step ahead of you.

This worked well for a while, but is wholly unsuited to how organizations now think about their human capital as well as how individuals think about their careers. Organizations who are good at talent management now think in terms of the career lattice, in which you can move up, down, and sideways – and keep doing it again and again. The fluidity is good for all.

The employee gets exposed to new challenges and situations, allowing them to diversify their individual human capital and enabling them to vie for bigger and better roles in the future. The organization gets more well-rounded employees and has more degrees of freedom in workforce planning.

The fly in the ointment – or to stick with the physics metaphor, the force that impedes this mobility – is the gravitational push on salaries. They never go down! There are some pockets opening up in this gravitational push as companies have had to take serious measures to rein in labor cost during tough economic times. Salary freezes have always been common, but now there are often salary decreases as well. In some research I did on salary outcomes for learning and development professionals, we learned that 4% received salary decreases last year.

As employees move around in the so-called lattice, especially in what are known as “lateral moves,” they sometimes end up in roles whose salary rate is lower or higher than their current role’s salary rate. Companies and individuals struggle with this. Companies are too caught up in their salary structures and rules around promotional increases. According to WorldatWork research, only 8% of companies provide salary increases for lateral moves (it’s interesting to note that the salary decrease question is not asked). Individuals have a hard time wrapping their heads around a salary decrease, even if it is temporary and even if it increases the likelihood of a much higher salary in the future.

There is a lot of confusion as a result. HR leaders want to leverage the talent management benefits of career lattices, but feel hamstrung by unclear guidelines around how the sensitive issue of pay is handled.  Compensation decisions are difficult enough in ordinary circumstances, but they take on a new level of complexity when it comes to compensation actions associated with lateral movement.

I will introduce the framework in this post and dive deeper into it in a subsequent post.

Amit is the founder and managing director of Nelson Touch Consulting, a management consultancy that specializes in maximizing the return on human capital through strategy, incentives and analytics.
View all posts by thenelsontouch →
This entry was posted in Compensation, Workforce Planning. Bookmark the permalink.